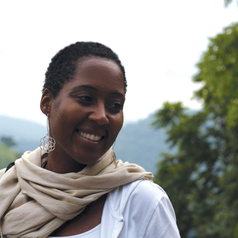 Professor Verna focuses on the culture of inter-American relations, specifically concerning Haiti and the United States during the mid-twentieth century. She is revising a book manuscript entitled Haiti’s Second Independence and the Promise of Pan-American Cooperation, 1930-56 for publication. The study emphasizes the importance of examining the post-occupation period: the decades that followed the U.S. military occupation of Haiti (1915-34). Using evidence collected in Haiti and the United States, Professor Verna interrogates how Haiti’s public officials and privileged citizens rationalized nurturing ties with the United States at the very moment when the two nations began negotiating the reinstatement of Haitian sovereignty in 1930. The public and private records she collected include the papers of Haitian presidents, ministers, and Americans working on development missions in Haiti; the writings of Haitian intellectuals; and interviews with elders from the study period. Professor Verna’s findings reveal that during the mid-twentieth century, the ideas and actions of Haitians and Americans were heavily informed by Pan-Americanism – an ideology that stresses the shared history and interwoven future of all independent nations in the Americas. Her book will demonstrate why Haitians had an affinity for inter-American cooperation as a nation-building strategy and how that strategy facilitated the rise of international aid as a central component of U.S. foreign relations.

Professor Verna’s teaching concentration is on twentieth-century United States and Haitian history. When teaching about the Americas or any other region of the world, she focuses on the relationship between domestic concerns and foreign relations in its broadest sense. Thus, her courses lend attention to issues of diplomacy, migrations, diaspora communities, transnational practices, and other types of global intersections.